This story is based on true client experiences. Client’s names have been modified to protect their identity

Houston, TX – In Spring of 1997, Mark and Cindy took a drive through their old neighborhood in the Houston Heights. They had both been out of Houston for awhile attending school elsewhere in Texas but, now that school was complete and they have both started their careers with Houston based oil and gas companies, it was time to do some house hunting.

Finding the Houston Home of their Dreams

With the parents now retired, being closer to them meant they could house sit for them and spend time with them whenever they wanted to. That’s the kind of third-generation Houstonians they wanted to be. Roots in the community with lots of great memories of growing up, attending school and visiting the local parks.

The area has really taken off in recent years. The local economy was thriving and Mark and Cindy wanted to be a part of it. After viewing 8 or so homes for sale in the area bordered by Studewood, Shepherd and between 20th and 11th streets, one particular home was the one for them.

Built around 1944 this Craftsman style home was treated well over the years but, was really never updated. It was in need of a paint job and some landscaping just to make it presentable since many homes on the street had already been remodeled. There were many more things that would need to be done to bring it up to more modern standards with changing the style of the home. That was important.

After moving in and getting settled, it was time to start looking for a contractor to take this dream home into the 21st century. First project: Siding and Painting.

Cindy took charge of the search and started by researching several local companies and interviewing them by phone. The search was narrowed down to three Siding Contractors and appointments were booked with them for their free estimate.

The first contractor was very professional and had the flashy car and polished presentation to go along with it. He was just a little too pushy for Mark and was not really paying much attention to Cindy. Cindy was feeling like she was not important to the salesmen and not taken seriously. When the free quote was produced and presented, the pitch started. Over the course of a couple hours and 4 “no” answers from Mark and Cindy, the sales guy was getting just a little more than irritating. He finally left with a “this is a one time offer, take or leave it” pitch.

Contractor number 2, after rescheduling twice, was still a little late to the appointment. He really did not have much of pitch and seemed to be in a big hurry. The price was much lower than the first contractor but, this company he represented did not seem credible. There was not enough information available about references and hardly any testimonials posted. One thing to his credit is that when Mark and Cindy said they wanted to think about it, he thanked them and packed up his stuff. This contractor was still a “maybe” based on courtesy alone.

Next up, Mark and Cindy met Jeff Ludy from Save On Siding. Jeff was the first of the three contractors that offered more than one choice and had all the samples with him. It was an informative visit and learning about the pros and cons of each siding product (two of them were fiber cement siding and one was a laminated OSB board siding) was easy and overall the visit was very pleasant. The estimate was more detailed than contractor number 2 and included some siding and trim items contractor number 1 missed while measuring.

Mark and Cindy were pleasantly surprised when the quote was delivered. It was almost as much as contractor number 1 but, also was easier to read and seemed more complete. Regardless, they did want to mull it over for a couple days just to make sure. Jeff delivered a couple of names and numbers and encouraged Cindy to call them.

The siding chosen for the home was James Hardie Hardie Plank siding. The reputation of being rot-proof, termite resistant and Class A fire resistant was certainly part of the decision but also, it had the deep wood grain appearance desired for this Craftsman style home.

Siding removal and replacement took about 4 days and there were no real surprises or changes to deal with. The crew arrived every day between 7:30 and 8:00 for 4 days and put in a full days work. When the day was complete, the job site was picked up and not left dirty. Trash was either taken away daily or contained and concealed from view every day.

Paint took another 2 days and Sherwin Williams SuperPaint was selected for the job. Colors were available that closely matched the historic look Cindy wanted. A main color was chosen for the siding while two complementary colors were chose for the trim work.

Mark and Cindy could not be more happy with their home. It’s the right home in the right neighborhood for them. 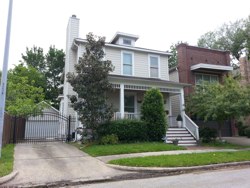 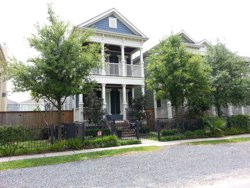 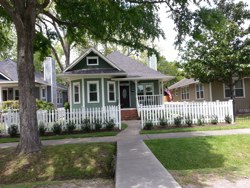 About Save On Siding 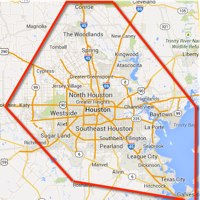 Save On Siding serves the majority of the Houston Metro area. Please contact us if you are located close to our boundaries.